Middle East cruises explore some of the most fascinating cities and ports in the world and offer a wealth of heritage and history combined with natural beauty and some incredible contemporary attractions. Few regions can match the sheer variety and rich culture of the ports you’ll visit on cruises to the Middle East.

The term Middle East can refer to a large region that starts in the Eastern Mediterranean and ends with the United Arab Emirates and Oman. There are a wealth of cruises to these destinations, some sticking to a particular area of the Middle East such as Israel and others offering much wider itineraries, crossing the Suez Canal to link Europe and Asia.

Summary Oman's capital city is hemmed in on one side by spectacular jagged-peaked mountains and on the other by royal blue sea. The architecture is a traditional, sophisticated arabesque blend of white-washed, low-rise buildings surrounded by manicured palms, intricately designed domes set atop the minarets of the mosques, sand-colored villas, a surprising blend of modern art installations, like a giant incense burner that towers over the Corniche, and ancient forts set in the rocky hills. Though tradition abounds, from distinct, local cuisine to the widely worn national dress, the dishdasha, Muscat is a completely modern city, featuring opulent luxury hotels, international restaurants, excellent cellular and data service, sprawling shopping malls, pristine beaches, lively nightlife, world-class performing arts, and a highly educated population, most of whom speak English, Arabic, and often Hindi. Muscat is the ideal base for exploring other areas of the country since many of the most desirable destinations are within a few hours' drive.

Summary The lush landscape around Salalah is the intriguing result of a quirk of nature. Since it is uniquely situated in the path of the Khareef, or South Western Monsoon, this stretch of the Dhofar Coast is covered in fine mist and frequent rain from mid-June through mid-September. By the time the monsoons cease, the entire coastline is a verdant stretch. Waterfalls, rolling grasslands, and thickly wooded wadis (riverbeds) thrive alongside rapid mountain streams. Unique in this desert region, Salalah attracts many visitors from the surrounding Arabian Gulf countries who are anxious to experience a rare lushness in a region where rain and greenery are in short supply. Once a stop on the ancient trading routes that connected the Levant to India and China, Salalah has a rich history that goes back centuries. Traders from Mesopotamia, the Persian Empire, and beyond passed through Salalah in their search for frankincense, making it a major center for trade in the coveted exotic ingredient. Pre-Islamic tombs and grave sites, some believed to be up to 2,000 years old, are scattered all over the nearby mountainsides and the present-day city, which has an estimated 195,000 inhabitants.

Summary See Khasab’s jutting fjords, and the dolphins playing in the emerald waters, and it’s forgivable to think you’ve stumbled across a surreal Norway. The burning sun and scorched earth, serve as a constant reminder that you're a long way from Europe, however - although the Portuguese roots mean there's a colonial tint to the city. Sitting on the Northern coast of Oman, reaching across towards Iran, this is an isolated and fascinating destination to explore. The remote location, and limited infrastructure here, until recent times, means Khasab has been left to live life at its own pace, and the city sings to its own song sheet. Even now you can see a blind eye being turned to the smugglers who whisk electronics across the Gulf to Iran, in small speed boats.

Summary Once a central trading port for East Africa and India, Sur was also renowned for the wonderful wooden ships it produced. Having lost some of its prestige when the French completed the Suez Canal in the 19th century, and struck by a cyclone in 2007, the city has nevertheless retained its scenic dunes and crystal waters. Sur’s most recognisable monument today is the Ras al Haad castle, a gem of Islamic architecture built in the 13th century to protect locals from Christian attacks, and which now serves as a regional political centre. While in town, science aficionados will be lured by the impressive Ras Al Jinz Scientific & Visitor Center, offering modern facilities and apps to discover the local wonders of fauna and flora. Alternatively, for an in-depth discovery of the city’s history, the maritime museum is an excellent choice.

Summary Doha (population 700,000) is the capital of the State of Qatar, an emirate occupying the small Qatar Peninsula bordered by Saudi Arabia to the south and otherwise surrounded by the Persian Gulf. Qatar was ruled by many different powers through the centuries, in fact historians have traced human habitation dating back 5000 years. From its earliest history, Qatar was a very important trade route connecting Mesopotamia and the Indus Valley. Among its occupiers were the Portuguese, the Ottomans and finally the British during the turbulent years of the 20th century. Qatar gained independence in 1971, and with resources from oil exportation, His Highness Sheikh Khalifa Bin Hamad made improvements in social programmes including education, health and housing. In 1995, his son, His Highness Sheikh Hamad Bin Khalifa Al-Thani assumed the throne and brought with him a modern and progressive approach that quickly transformed the country. Doha, home to 80 percent of the country’s population, was founded under the name of Al-Bida in 1850. It became the capital of the British protectorate of Qatar in 1916. When the nation gained its independence, Doha remained the capital. During the early 20th century, much of Qatar’s economy depended on fishing and pearling. But after the introduction of Japanese cultured pearls, Doha and the whole region suffered a decline. Only when oil was discovered, prosperity returned following World War II. Today, the country produces over 800,000 barrels of oil daily. Doha is situated halfway down the east coast of the peninsula. It is an intriguing mixture of old and new, with ultra modern architecture next to traditional souqs and historic forts. It boasts a university and the Qatar National Museum (currently closed for renovation), which opened 1975 in what was originally the ruler’s palace. As the country’s cultural and commercial centre, Doha enjoys excellent communications with the outside world through its modern seaport, airport and telephone links. The Al Jazeera Arabic satellite television news channel began broadcasting in 1996 with its headquarters in Doha. While Arabic is the official language, English is widely spoken. Please Note: Conservative dress is required when going ashore. As a rule, women should not wear miniskirts, shorts or sleeveless tops and men should always wear a shirt in public. Please do not photograph people without their permission, especially women.You may not take pictures of government buildings, embassies or anything military in nature, including airports.

Summary The resort town of Aqaba, on the Red Sea at the southern end of Jordan, is a popular spot for divers with some of the best coral reefs in the world. Snorkeling and other water sports are popular, and it's easy to hire a boat for a day or half-day, including lunch.Aqaba has become quite a bustling destination, with several large luxury hotels and a large shopping area. There are many jewelry stores selling pearls, gem stones, and gold and silver jewelry. It's worth noting that although it's an international beach resort, Aqaba is quite conservative—certainly much more so than Amman—and North Americans tend to be more comfortable at the private hotel beaches.

Summary Madaba is an ancient town in Jordan, southwest of the capital Amman. It’s known for its 6th-century mosaic map of the Holy Land in the Greek Orthodox Church of St. George. The Madaba Archaeological Park preserves the mosaic-rich Church of the Virgin Mary and artifacts from the Hellenistic, Roman, Byzantine and Islamic eras. Northwest, the biblical hill of Mount Nebo overlooks the Jordan Valley and the Dead Sea.

Summary Spilling down from the pine-covered heights of Mount Carmel, Haifa is a city with a vertiginous setting that has led to comparisons with San Francisco. The most striking landmark on the mountainside is the gleaming golden dome of the Baha'i Shrine, set amid utterly beautiful garden terraces. The city is the world center for the Baha'i faith, and its members provide informative walking tours of the flower-edged 100-acre spot, a UNESCO World Heritage Site. At the top of the hill are some small but interesting museums, the larger hotels, and two major universities. At the bottom is the lovingly restored German Colony, a perfect area for strolling.Israel's largest port and third-largest city, Haifa was ruled for four centuries by the Ottomans and gradually spread its tendrils up the mountainside into a cosmopolitan city whose port served the entire Middle East. The climate is gentle, the beaches beautiful, and the locals friendly.You don't see the religious garb of Jerusalem or the tattoos and piercings of Tel Aviv in this diverse but fairly conservative city. In fact, you can't always tell at a glance who is part of an Arab or Jewish Israeli family, or if someone is a more recent immigrant from the former Soviet Union.

Summary Busy Ashdod is not only one of Israel's fastest-growing cities, it's also the country's largest port. Perched on the Mediterranean, it processes more than 60% of the goods imported into Israel. Home to many ancient peoples over the centuries, Ashdod today is a modern, planned city. It's also a convenient jumping-off point for exploring several of Israel's most interesting cities, including Jerusalem, Tel Aviv, and Bethlehem. 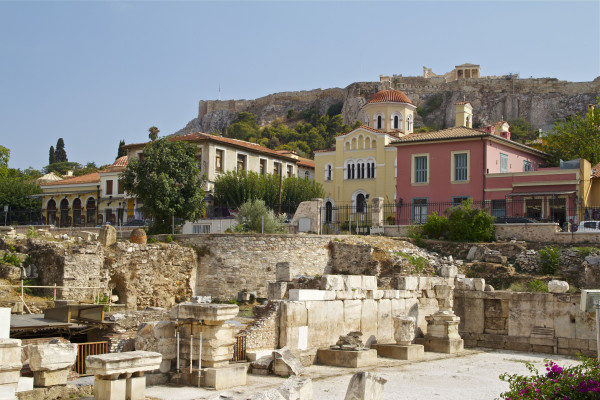 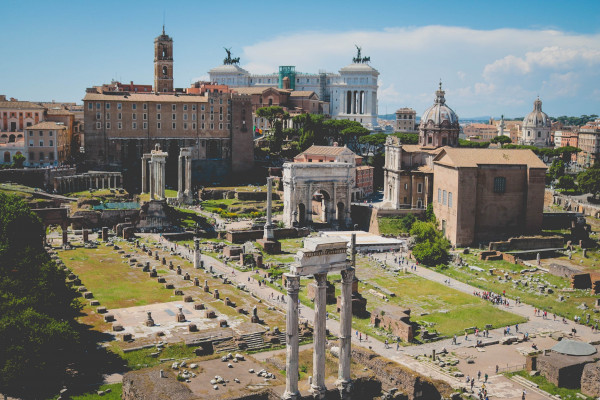 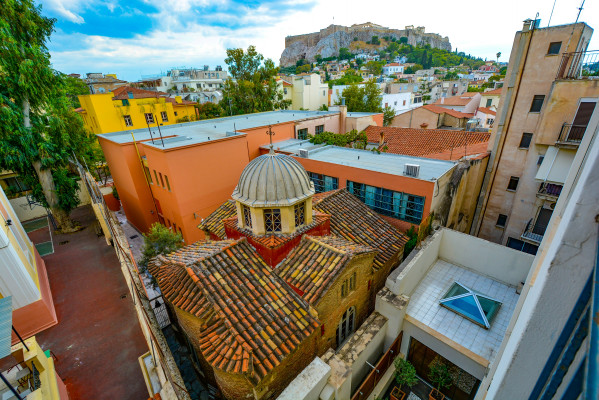 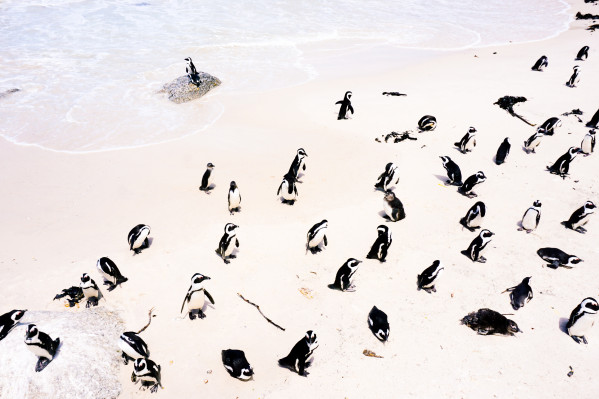 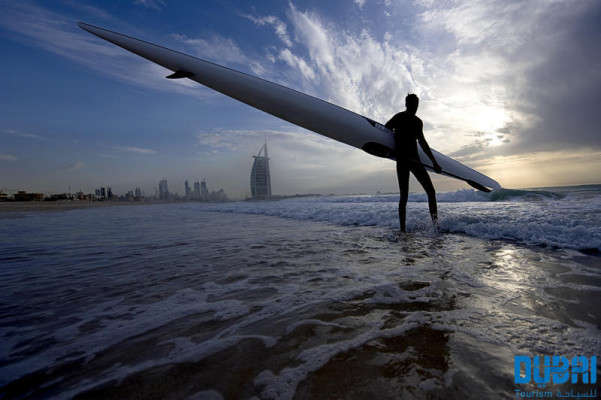 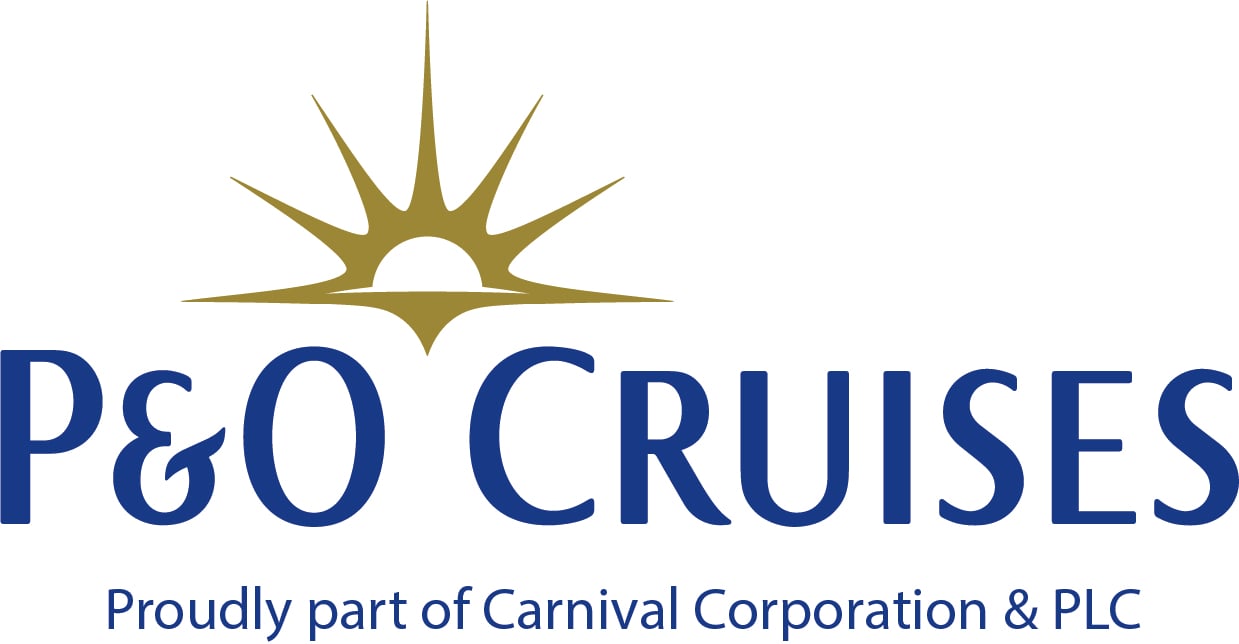