With our collection of bespoke Finest Collection escapes, we can tailor your next cruise and land holiday to your exact needs, combining exciting voyages with immersive excursions and hotel stays in iconic destinations across the globe. Call 0203 993 3674 to order your free brochure today.

Cruises begin and end in some of the most exciting places in the world - choose a cruise and stay holiday to enjoy an extended break in a stunning beach destination or a thrilling city such as New York, Singapore, or Sydney. Let our experts help find your dream cruise and stay gateway.

There are a few things you need to do for your holiday including:
Frequently Asked Questions

Many of your questions might have already been answered � take a look at our FAQs to find your answers.
Contact Us

Our Customer Service team are dedicated to ensuring your holiday is perfect from start to finish.

Cruises around South America have so much to offer, from bucket list excursions to Machu Pichu or the Galapagos to elegant port cities packed with culture.

Here at Cruise118, our South America cruise experts have a wealth of knowledge to help you plan your perfect cruise holiday, ensuring that you select the best ship and itinerary for you. Please give us a call to see how we can help. 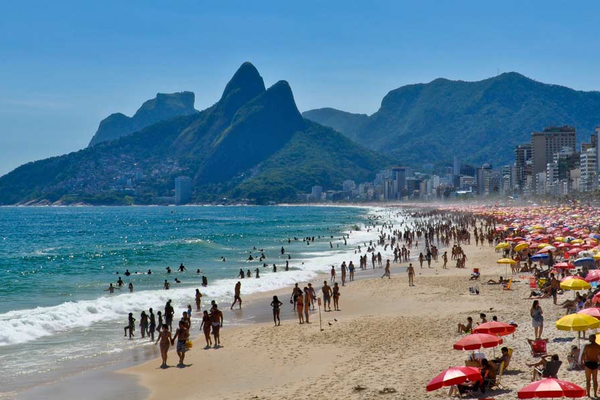 Brazil’s legendary capital, Rio De Janeiro, lies on the country’s east coast, and is home to two of the world’s most recognised landmarks – Sugar Loaf Mountain and the Statue of Christ the Redeemer and also boasts some pretty iconic beaches, in the form of Copacabana and Ipanema. Sugar Loaf is not only one for the tourist tick-list but offers some truly astounding views of the city and its stunning coastline. Of course, you can soak up the sun on Ipanema beach or Copacabana beach. As the capital of Brazil’s Bahia state, Salvador boasts a carnival which rivals Rio’s for atmosphere and is even bigger in scale. Pelourinho is always popular, being an UNESCO World Heritage Site and a cobbled pathway into the city’s colonial past. Sao Francisco Church, with its beautiful interior, and the spectacularly ornate Cathedral of Salvador are two must-see landmarks. Santos serves as a gateway to Brazil’s biggest city, Sao Paulo. In Santos itself, there’s plenty of beaches on which to soak up Brazil’s beach life and plenty of history to absorb too, with some classic colonial architecture to explore. 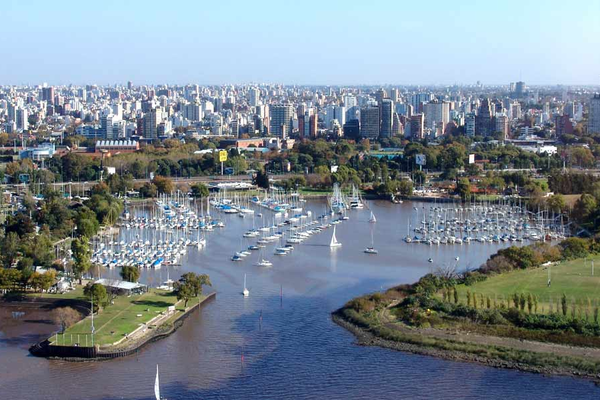 The spiritual home of the Tango, Argentina’s coastal capital Buenos Aires is understandably its most popular stop-off for cruisers. As far as Buenos Aires landmarks go, the Teatro Colon is the most celebrated; a world-famous theatre and opera house with some of the finest acoustics in the business and some pretty special architecture, too. There are also a number of districts and neighbourhoods to explore – each with their own character. La Boca has a distinctly European feel, while Recoleta is noticeably upscale and a great place to browse the boutiques. Further down South America’s east coast lies Ushuaia, celebrated for being the world’s southernmost city. It’s a popular port on east coast itineraries because it offers much in the way of continental contrasts and serves as a portal to a number of snow-framed wonders. The Beagle Channel is a popular boating excursion and is part of Tierra del Fuego National Park, home to glacial lakes, forests and the End of the World Train, which offers the perfect way to experience the park’s awesome scenery. 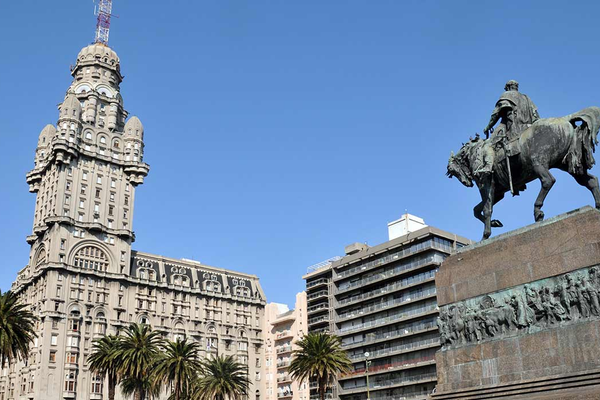 Much smaller than its two east-coast neighbours, Uruguay nevertheless offers much by the way of attractions to the visiting cruisers who dock in its capital, Montevideo. There’s some great architecture to explore, such as the Palacio Legislativo – the city’s government buildings and Teatro Solis music theatre. It’s also possible to book an excursion further inland, to such attractions as the UNESCO World Heritage Site Colonia Del Sacramento and Punta Del Este – the country’s most popular coastal resort. 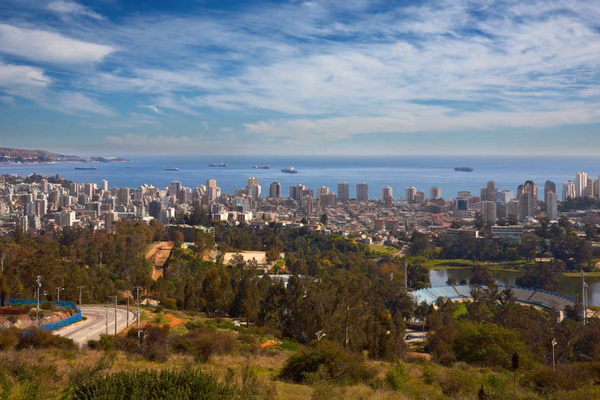 A large portion of South America’s west coast is occupied by Chile. Indeed, this narrow country runs so much of this huge land mass’s length that it’s possible to experience dramatically contrasting climates and cultures if your cruise takes in more than one of its ports. Chile’s oldest city Valparaiso is a particular favourite, offering plentiful attractions. Valparaiso lies in one of Chile’s most picturesque bays and is bordered by hills, making funicular climbs and panoramic views a popular attraction. There are also a number of museums and key buildings to explore, which allow you to immerse yourself in the maritime and architectural history of the city. If you opt for an excursion to Santiago, you certainly won’t miss out on historical and architectural attractions. There are also some beautiful parks to explore, which showcase Chile’s finest flora perfectly. Speaking of natural wonders, Puerto Monte is the port which serves Chile’s stunning Lake District, where the volcanos are snow-capped, including the renowned and still active Osorno, which soars to over 8,700 feet. This is the perfect port if you want to experience many of Chile’s natural wonders and perhaps learn a little more about some of its colonial settlers. 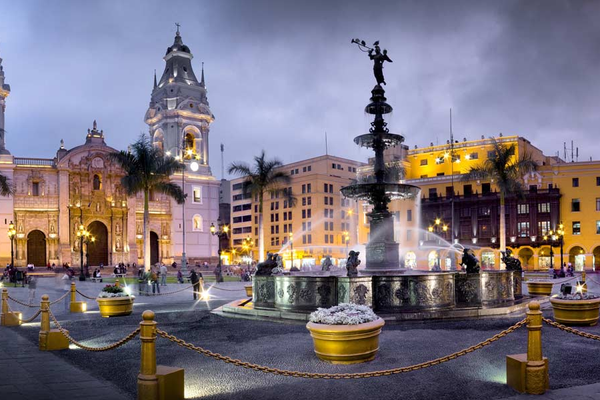 Peru’s largest city and capital Lima is served by the port of Callao. Spanish colonialism is an integral part of South American history and Peru’s capital was once the centre of Spanish power. As such, there’s a wealth of cultural treasures and colonial history to unearth on your visit including the UNESCO World Heritage Site San Francisco Monastery and Cathedral. Of course, history stretches back much further in South America and excursions to the Incan Pachacamac Ruins and Larco Herrara – a museum mansion which stands on top of a 7th century pyramid – are also very popular. 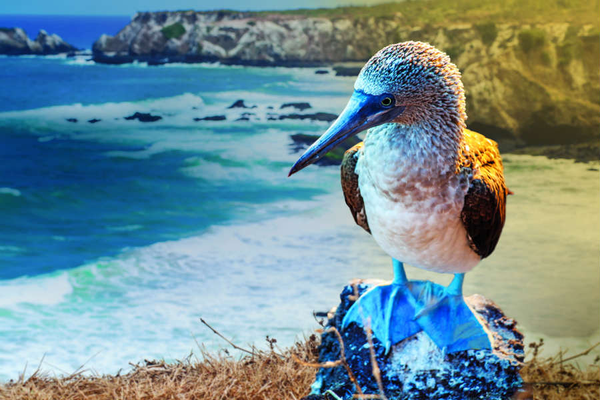 The Galapagos Islands is a unique and biodiverse region, offering nature lovers the perfect opportunity to witness endemic species and a plethora of flora and fauna. With 19 islands in total, the region inspired Charles Darwin´s theory of evolution and is dubbed a natural living museum.

From its marine life and hidden creatures to the namesake Galapagos tortoise and surrounding spectacles, the destination offers one of the richest environmental experiences in the world.

At Cruise118, our dedicated Cruise Concierge provide first-class customer service and support from booking your cruise to returning home. We pride ourselves on offering an exceptional standard to our customers, as proven with our awards and customer reviews below.

Chat Live With Our Concierge